Custody Battles During The COVID-19 Crisis 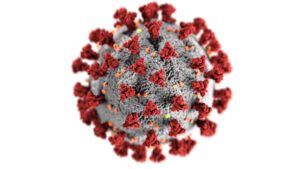 The Covid19 Crisis is definitely creating the impetus for many custody disputes. I’ve seen a surge in the number of people who are contacting me because the other parent is refusing to allow the children to travel to the other parent for court-ordered parenting time or visitation. Visitation refusal is happening even with parents who live only two blocks apart. The justification for the refusing parent is the Governor’s “Stay at Home” Order, and the parent who has the children saying the governor’s order takes precedence over the court orders in the case. The general consensus among family law practitioners seems to be that these refusals are wrongful; the court’s orders regarding custody and parenting time should be followed in most cases.

However, long-distance travel is often treated differently. I have seen the judges in our region temporarily halt visitation schedules where the children were scheduled to travel out of state to see their other parent for Spring Break. Long-distance travel seems to create greater concern for the bench, as it seems to create a higher risk of spreading the virus with children having to fly or make long drives with stops along the way.
It’s important to recognize that reasonable people can reach vastly different conclusions about the safety of child exchanges and visitation in these strange times. I’m also aware of at least one event where law enforcement officers threatened to arrest a parent who refused to allow the children to go with the parent who had driven a long distance to pick them up for a Spring Break visit.

Right now, most of our county superior courts are closed for almost all purposes for the near future, and likely at least through the end of April given the President’s recent pronouncement. While the courts have remained open for emergency matters, such as domestic violence and custody emergencies, how those matters are being handled has changed. In the three counties where I practice, Sacramento, Placer and Yolo, no one other than court staff is allowed inside the courthouses. The crisis has forced the courts to handle ex parte matters purely on the pleadings, with no oral argument allowed except in limited cases, where telephone appearances are now the norm. It has also forced our courts to accept email filings so the court staff do not have to handle papers that might be virus-contaminated. Overall, court procedures are still in flux and changing from day to day, so it’s important to consult with an attorney who is keeping abreast of local court developments or to check the court’s website in your county to see what is happing there.

My recommendations are for parents to follow the court orders, or if no orders are in place, the previous practice, unless doing so would create a risk of serious or irreparable harm to the children or someone in the household of one of the parents. I would recommend against going into court ex parte at this time unless you have a very serious emergency that truly is about the health, safety or welfare of a child or an at-risk/vulnerable caregiver. This is not a time to try to bend the rules, and the consequences are likely to be harsh for parents who take advantage of the crisis to violate their co-parent’s rights. If you think you have a good reason to deviate from the previous practice or current court orders, I’d encourage you to discuss it with a competent attorney who can give you an objective read on your case.

Williams Family Law represents clients in divorce, child custody and other family law matters throughout the Sacramento area. Call 916-407-0544 or contact us online to schedule a meeting.

By Stephanie Williams | Published April 1, 2020 | Posted in Child Custody | Comments Off on Custody Battles During The COVID-19 Crisis

We will respond to your inquiry in a timely fashion. Thank you.